Why CoolSculpting is the #1 Technology for Fat Reduction

Have you worked tirelessly at the gym and ate nothing but healthy meals for weeks, months, or even years, but still struggle with areas of unwanted fat? It happens to just about everyone, but VIDA Aesthetic Medicine has the latest technology to help with contouring and sculpting the body—no needles or surgery required. We can reduce the size of our fat cells with diet and exercise, but we can’t dictate exactly where those fat cells shrink in the body, and we can’t get rid of fat cells permanently with this approach. However, CoolSculpting offers a permanent* solution that is quick and effortless. Let’s take a look at CoolSculpting, and how Emsculpt and Emsculpt NEO are different technologies.

Emsculpt is designed to build muscles by forcing them into 20,000 supramaximal contractions in just 30 minutes. There is also a second generation of Emsculpt, Emsculpt NEO, that is said to build muscle and burn fat—but uses radiofrequency technology rather than freezing away fat like the gold standard, CoolSculpting. CoolSculpting has proven to be the most widely recognized technology with years of science to back the technology, which is why we do not offer either Emsculpt or Emsculpt NEO as fat-busting solutions.

You probably know someone who has had CoolSculpting, but you might not know their secret! CoolSculpting has been available for many years, though the technology is constantly evolving. Today, CoolSculpting can be used just about anywhere on the face, including the small submental fat pocket below the chin. Accidentally discovered by researchers in the 1970s, CoolSculpting works by “freezing” areas of unwanted fat to just the right chilly temperature to cause fat cell apoptosis (cell death).

Neither CoolSculpting nor Emsculpt offer immediate results (just like diet and exercise do not). However, you can watch your results start to emerge just a few weeks after your first session. It takes time for the fat cells to actually “die” and be absorbed and naturally expelled by the body. Most clients require 3 – 6 CoolSculpting treatments per site, each spaced a few weeks apart. Six months after your final CoolSculpting session, you will enjoy the full results, but in the months leading up to this big day, you’ll watch your body getting smoother and more sculpted.

The Beauty of CoolSculpting

CoolSculpting is not painful, but it can feel a little strange the first time. The unwanted fat is “vacuumed” gently into a handpiece to be isolated and targeted at the freezing temperature. During this time, most people scroll through their phone, read a book, or even work on a tablet or laptop. It can be a great time to catch up on a favorite show or simply relax.

You can also opt to treat multiple sites back-to-back with CoolSculpting. This is a popular approach that allows you to consolidate appointments. Some clients also mix and match CoolSculpting with Emsculpt, which is a fantastic solution. If you’re looking to reduce that last bit of fat in one troublesome area, CoolSculpting is the only solution you need.

Every CoolSculpting treatment is one of a kind and individualized for you. We’ll work with you to design the perfect fat-reducing program from the handpiece selected to the number of treatment sessions. CoolSculpting is not considered a fat loss procedure like liposuction or gastric bypass surgery, but rather a solution for those near their weight and fitness goals who need a little extra help. It’s a good choice for breaking through plateaus or finally tackling those stubborn pockets of fat.

CoolSculpting complements a healthy lifestyle and diet, but it does not replace it. While the fat cells that are destroyed during CoolSculpting are technically gone for good, weight gain in this area can still occur. Nearby fat cells can enlarge and edge into this space, which means that CoolSculpting should be used in tandem with healthy weight maintenance.

If you would like to learn more about CoolSculpting, Emsculpt, and the differences between these body contouring technologies, contact VIDA today to schedule a complimentary consultation. Connect with VIDA in Salem by completing the online form or call the office at (503) 399-0021.

VIDA Aesthetic Medicine is more than a MedSpa. Integrity is at the heart of our clinic, where non-invasive aesthetic treatments have been VIDA’s core from the beginning. Schedule a complimentary consultation today.
Contact Us 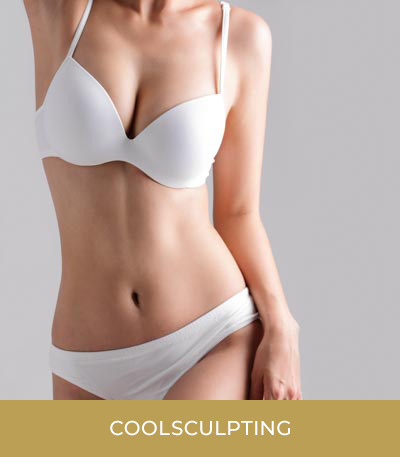